This is the continuum of a post I started in 2020.  I honestly though that I had posted it and then found it this week in my drafts file.  I felt obligated to finish it.  I enjoy writing and this bit  felt like it had to be done right. 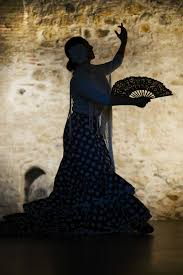 They gathered to experience the art Boro had completed and sent.  It was an immersive installation.  It happened all around you demanding you make the right choices, look in the right direction.  Or you played it again, trying to see something new the second, third, fourth time.

As did all things, it started with silence, darkness.  The slowly the music started, filling the space and pushing hard to grow beyond it.  A shaft of light lit a young girl, maybe 9 years old, dancing hesitantly at first but slowly growing faster, stronger, more confident.  Medals were handed to her, she dropped them in place and danced around them, ignoring them.

Tantas voice came from everywhere, soft in tone but hard in purpose.  The girl spun as the music reached a  crescendo and the light flickered, the spin continued but now the girl was about 15.  Men partnered with her but only for a moment and then they would fade and be replaced by another and another . . .

It never gets easier. It just gets better.

Another spin, in and out of the light, the teen was now a young woman.  Partners still came and went but one kept returning and she danced closer, each time, to him. He was not the best dancer, the best lead, but you could see him fall towards her each time, like a man dying of thirst might fall towards an oasis.  At last they embraced and he spun her, rather than her dancing alone, round and round and her clothing shifted, Dance outfit, party clothes, wedding dress and they spun in and out of the light and the focus shifted.

Réme was the man for me and I was the woman for him between us there was love and what in the world can stop that?

The music stopped then the rattle of drums, high strings became weapon fire, the light was chaotic and the man and woman, older, now carried weapons and moved swiftly through halls, opening doors and clearing rooms.  Behind them slaves could be seen to running, freed. Then she went through a door and was teaching dance again, spun across the floor the students  trying to emulate the grace.  Through another door and back to the battlefield.

It was a harsh time, living with a foot in both worlds but in life as in dance: Grace glides on blistered feet.

More bodies, shadows behind her some rising up, some falling to lay still.  Weeping she moved through the doorways but each time both worlds were a little more crowded.  Then, while dancing, a shadow rose up and touched her with something like a caress.  For the first time, she stumbled.  Older now the door changes were now a window through which she watched the world progress as she stayed in the dance studio.  People would come to the window and she would speak softly to them, hand them gifts and they would move on, fighting.

Knowing when to let others pick up the lead, have their time in the light.  That kind of knowledge does not come easy nor is it without a payment of pain.

Less movement, now she walked slower but the people around her moved at her pace, watching all about as though for danger.  Many bore a family resemblance but many more were from all across New Eden.  Not all were dancers but the moved in time with her, followed her lead.  She steps forward, once more to meet the shadow, almost as one would greet an old friend.  Stepping into the shadow with a last spin echoing the first dance steps of the piece she vanishes.

Life’s but a walking shadow, a poor player
That struts and frets his hour upon the stage
And then is heard no more: it is a tale
Told by an idiot, full of sound and fury,
Signifying nothing.

The last word echoes in the silence for a moment and then the music starts up again.  Slowly the group that walked with her begin to dance, others pick up weapons and head out through doors or stand by the window, waiting.

sorry this took so long

This entry was posted in Uncategorized and tagged Boro, eve online, In character, Tanta. Bookmark the permalink.